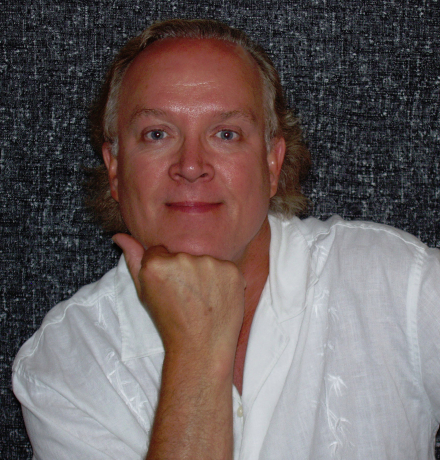 David Fury was born and raised in Minneapolis. He has worked as a radio announcer, freelance writer, publisher, songwriter and guitarist. He also served in the United States Army, including a one-year tour of duty in Vietnam (1970-71) as a clerk-typist. After living in the pleasant weather of Southern California from 2006-2014, David has returned to his roots in Minnesota. I'm home!

David Fury started Artist's Press in 1988 to publish his bio-filmography, "The Cinema History of Burt Lancaster." Mr. Lancaster himself was very pleased with the volume, and made an appearance on the Dinah Shore show where the book was featured in 1989. ("A Conversation with Dinah")

After garnering superb reviews from a variety of sources for his first book, David Fury researched another film history entitled "Kings of the Jungle," which was published by McFarland in 1994. This history and filmography of the Tarzan pictures featured a Foreword written by Maureen O'Sullivan, the beloved Irish actress who was by far the most popular "Jane" in the long-running Tarzan series. Maureen and Johnny were close, life-long friends. David maintained a friendship with Maureen for several years, and then authored her biography in 2007, "No Average Jane."

In 1990, David Fury penned an original screenplay for his friend Chuck Connors, entitled "The Final Showdown: Return of the Tall Man." The story was unsold at the time of the actor's death in 1992, and in his final weeks Mr. Connors authorized David Fury to write his life story. "The Man Behind the Rifle" was published in 1997, and remains popular to this day. This of course is a tribute to the affection screen fans have had for Mr. Connors in his role as "The Rifleman." Chuck called the TV western "a love story between a father and a son," and indeed fathers and sons of the 1950s would watch the heroic deeds of Lucas McCain together in front of their 12-inch television screens each week for five seasons. Johnny Crawford co-starred as Mark McCain, the young son of widower McCain. This biography covers his early life in Brooklyn, his careers in baseball and basketball, and his long and successful career in television, motion pictures, and also the stage. Chuck was married three times and was the father of four sons.

In 2000, David Fury completed his biography of Johnny Weissmuller, the Olympic champion swimmer and Tarzan of the movies, 1932-1948. This heartfelt story of an immigrant boy from a broken marriage was once again critically acclaimed, and "Johnny Weissmuller: Twice the Hero" was also published in a Large Print edition in 2001 by Thorndike Press. Johnny was in reality a real-life hero, who, along with his brother Peter, risked their own lives to pull numerous survivors out of a frothy Lake Michigan, after a deadly and horrific boating accident in 1927. Weissmuller was married five times, including actress Lupe Velez, who was known as the "Mexican Spitfire" during the 1930s. His final marriage to Maria lasted 25 years until his death in 1984 at age 79. The foreword to this book was written by Johnny Sheffield.

In 2007, after several years of research, David Fury completed and published his biography of Maureen O'Sullivan, "No Average Jane." David received complete cooperation from Maureen's husband, James Cushing, who volunteered his personal memories and numerous photographs.This fascinating biography details the life of the Irish colleen who came to America in 1929 to star in "Song O' My Heart" with Irish  tenor John McCormack; she became a screen legend within three years after starring in "Tarzan, the Ape Man" in 1932 with Johnny Weissmuller. Maureen's incredible career on the silver screen, radio, television and the stage lasted 60 years until her death in 1998. 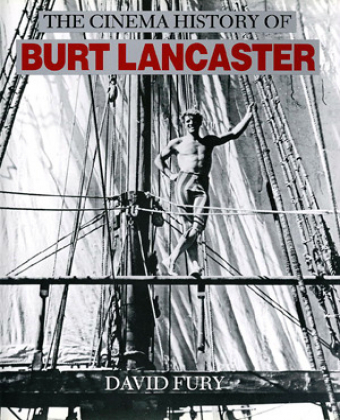 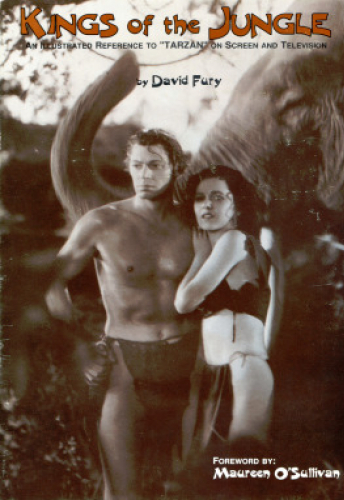 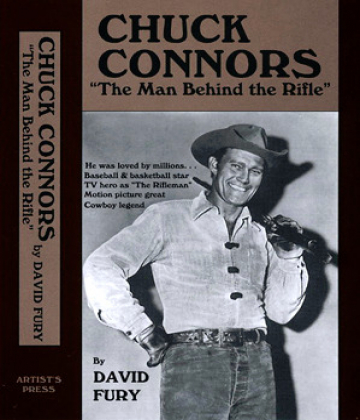 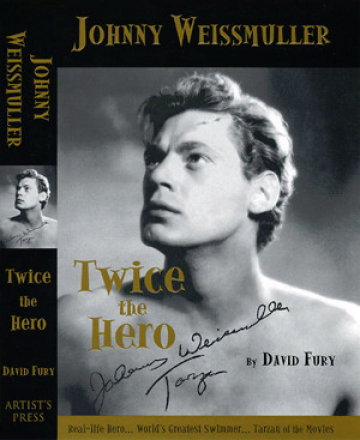 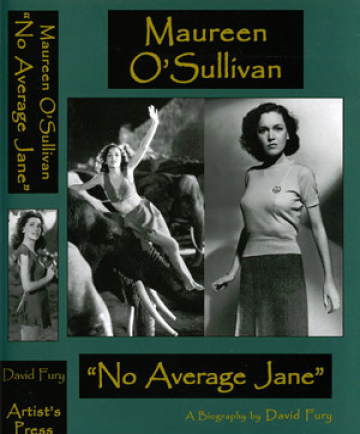