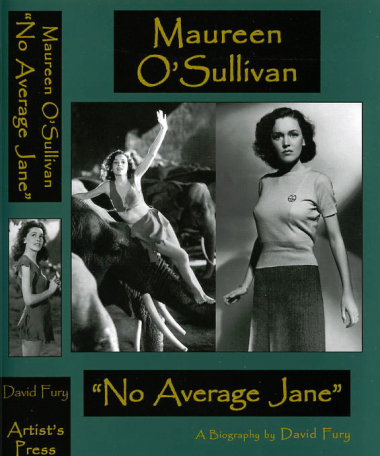 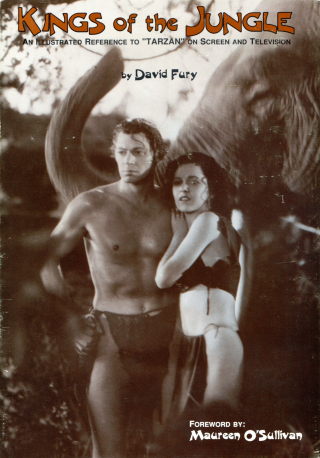 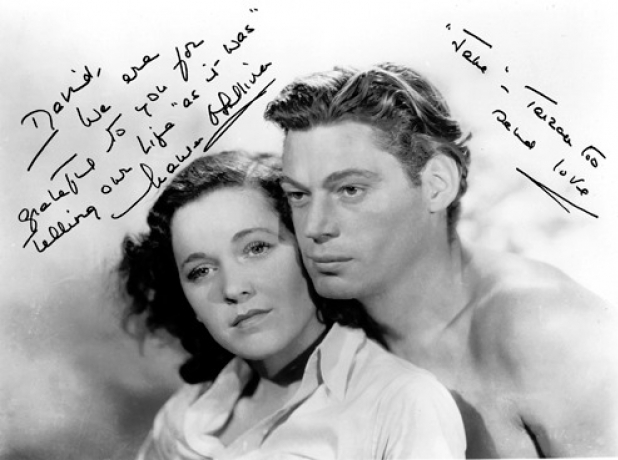 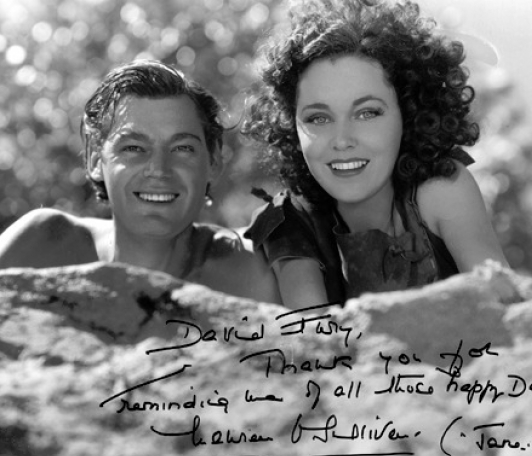 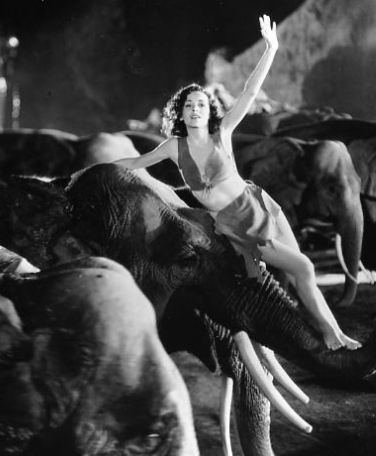 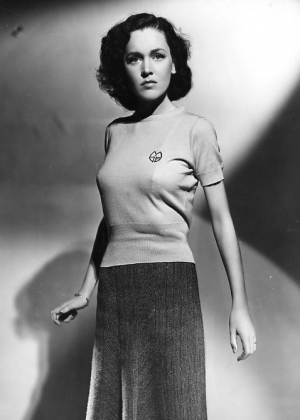 Foreword to "Kings of the Jungle" by Maureen O'Sullivan

"I shall be ever grateful to Felix Feist, who directed the test that won me the role of Jane in the first of the MGM Tarzan series. I was nineteen at the time, alone in Hollywood. I had exactly two hundred and fifty dollars in the bank, and was a month behind in my rent at the Garden of Allah.
I was to be the new Janet Gaynor, a threat to the rebellious Janet who was biding her time in Honolulu while the studio threatened not to meet the demands she was making, financial or otherwise. The trouble was that her fans resented this new Janet and when I was cast in a film that had been meant for her, they stayed away in droves. The studio became disgusted with me and dropped me as soon as my contract would allow, while Janet returned to the arms of her loving studio.
This left me adrift--almost broke, no job and too proud to go home, a failure to Ireland. So I gambled, got an agent and spent my last money on some very un-Janet-like photographs. These photos led me to the test that I have just mentioned — which brings me to Felix Feist.
‘Take One.' A year at Fox had only taught me my Janet Gaynor act. I was wistful, nauseatingly sweet. ‘Cut!' called Felix. ‘Stop that! Be strong and straight-forward!' he demanded. (Could I do that? I could and did.) ‘It's a wrap!' said Felix, and I went home to wonder whether I had the part or not.
The next day my agent, a dear Irishman named Tom Conlon, called to tell me I had the role even though the director, Woody Van Dyke, had wanted someone else. After the usual wardrobe and make-up meetings I was taken to the jungle set to meet Johnny Weissmuller, Edgar Rice Burroughs and Woody Van Dyke.
Standing well behind the camera I saw a Tarzan that the author could only have dreamed him to be. A golden make-up covered a body that was perfect. The setting sun lit his hair that was touched with gold. One foot was on a (supposedly) wounded lion. His arm was raised and with the most graceful gesture I have ever seen, he drove a spear into the animal's body. I watched in silence.
‘Cut!' said Van Dyke, who seemed reconciled to the fact that I was to be Jane. ‘Come and meet Jane,' called the director to Johnny Weissmuller. ‘Hi Maggie!' said Johnny while extending that golden hand. (We had met once before and he thought Maureen too dignified a name.) Edgar Rice Burroughs wanted a picture of us together. ‘My perfect Tarzan' he announced, ‘and my perfect Jane!' He sent me all of his Tarzan books and in the last book he wrote, ‘By now you should know everything there is to know about Tarzan.'
I did get to know Johnny well, of course. It was not difficult; he was a big, over-grown kid. I never saw him be less than happy. He had three wives that came and went during our jungle years. Johnny seemed the same happy-go-lucky person when they left as when they arrived. Of his love life he said, ‘Tarzan has a G-string and women like to hang on.' He never spoke of his Olympic triumphs or of the medals he had won. Nor did he speak of the countries that had honored him. I think he lived completely for the moment — happy with our make-believe life, with the crew and with all the animals. Perhaps because he was a simple soul, they all adored him.
I had trouble with Cheetah, every Cheetah. Naturally, there was more than one during those nine years. They were jealous of me and if I stood near Johnny they tried to bite me. When you see photographs of Johnny and me with "Boy" (John Sheffield) and Cheetah, you will always see the chimp next to Johnny and far from me. Often a wire was attached to the monkey's leg to keep her from me and still in the picture. Johnny liked practical jokes such as giving me a birthday cake that blew up when I tried to cut it! Stage chemistry is an interesting thing. Johnny and I were very different, but on camera something must have been right.
So our lives and lives of other Tarzans and Janes are documented in David Fury's lovely book. It is a knowledgeable book and you will enjoy it as much as I do. I congratulate him and thank him for allowing me to be so much a part of our jungle magic." 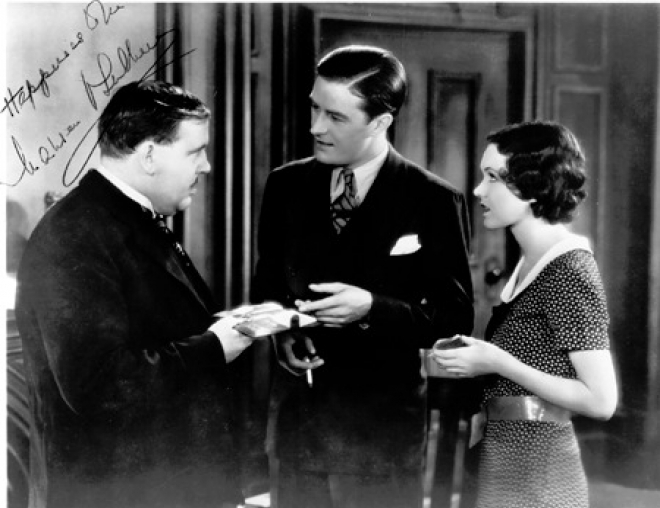 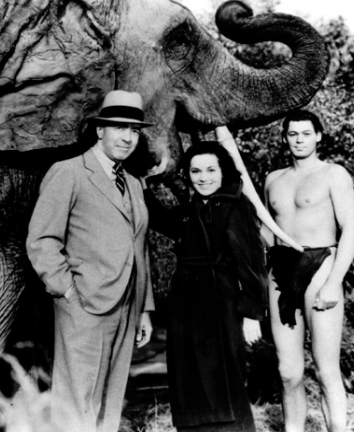 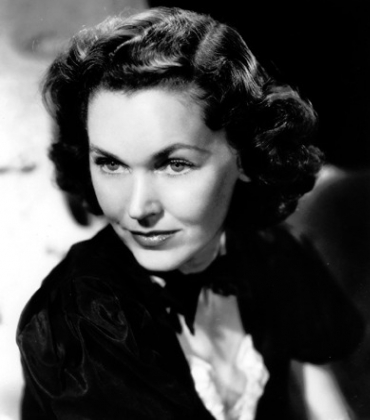 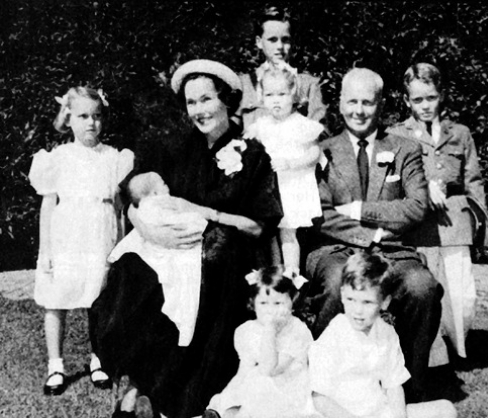 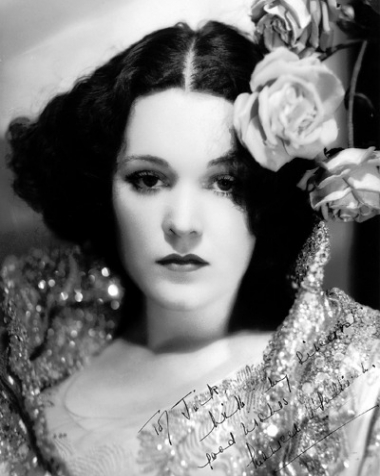 This is the latest handsome volume from author-publisher David Fury, whose previous books have focused on Burt Lancaster, Chuck Connors, and Johnny Weissmuller ...  I think it is best described as a love letter to Maureen O’Sullivan, the charming actress who captured our hearts as Tarzan’s mate, and never received the recognition she deserved for her other screen performances...
Fury provides a warm and admiring retrospective of the actress’ life and career, stopping to describe each of her films in considerable detail. If you share his fondness for O’Sullivan, or if you’re curious to know more about the Irish colleen who was literally discovered and brought to Hollywood “overnight,” I definitely recommend this book.

Maureen O’Sullivan  “No Average Jane”  —
David Fury has written what must be considered the definitive biography of the actress who gained her widest fame in her role as Jane with Weissmuller’s immortal portrayal of Tarzan ... filled with a wonderful sense of nostalgia, Fury goes a long ways to show that it is truly America’s nostalgia as well.
He presents an interesting story of Maureen’s somewhat stormy upbringing and childhood in Ireland that leaves one with the impression that her beauty, charm and inner strength came with some difficulty, which supported her well throughout a long career...
It is this portrait of a staunch, strong-willed woman that informs this biography, and it leaves the reader with admiration for her many accomplishments.

Maureen O’Sullivan wrote the foreword to his Kings of the Jungle and provided access to her personal files for this book. She died in 1998. Her husband of 20 years, Jim Cushing, continued to supply the details that were incorporated into this hefty biography ... Edgar Rice Burroughs called her “my perfect Jane.”
The book is as much about what life was like during the Golden Age of Hollywood as it is the life of an Irish lass who came to the U.S. and mastered her art.

David Fury has published a number of biographies over the past decade or so through his Artist’s Press, and I have been happy to endorse them through the years. His latest project is Maureen O’Sullivan  “No Average Jane”  ...
Complete with a detailed filmography and listings of radio and television appearances... this is an exhaustive biography.  Film buffs will, of course, love it ...
As with all David Fury’s efforts, the production is of the highest quality — and how nice to come across a volume that is stitch-bound rather than glued.

Edgar Rice Burroughs Society, London (December 2007)
All the books written by David Fury have truly held my interest and have amazed me with his professionalism. The presentation of his latest biography has been thorough, in-depth, descriptive and informative. In the case of Maureen O’Sullivan where details of a personal nature have been revealed, Fury has dealt with these incidents with gentility, respect and certainly not compromising anyone’s integrity.
David Fury’s "No Average Jane" will stand anyone in good stead not only as a wonderful biography of a very lovely lady, but as a comprehensive reference work, listing all the pertinent details and information which a good reference book should contain. Maureen O’Sullivan’s film work, her co-stars, directors and any person connected with the production of films, plays and TV work are all in David Fury’s book. I warmly recommend this work to any library or literary institution. 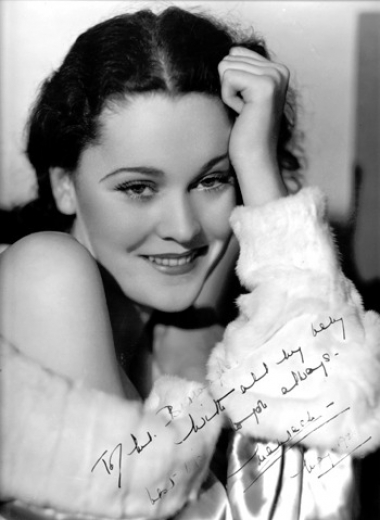 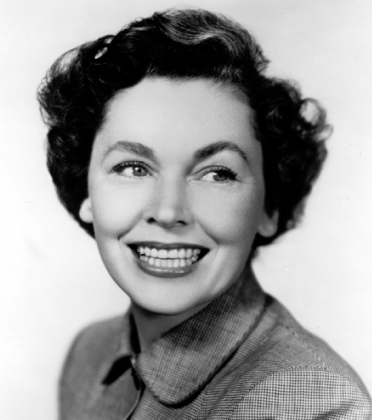 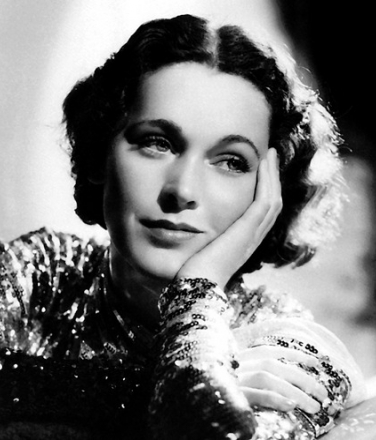